Lactose intolerance symptoms can vary in intensity from very mild to extremely unpleasant, depending on the level of lactase enzymes produced by the body and the amount of lactose consumed. People with very low levels of lactase enzymes may react to trace amounts of lactose such as the coating on a pill, while others may be able to tolerate reasonable amounts of dairy before showing symptoms.

When the body does not produce enough lactase enzymes to digest the amount of lactose consumed, undigested lactose remains in the gut. This lactose is fermented by natural bacteria, causing a build up of hydrogen and lactic acid in the gut, and increasing the passage of water through the gut wall. This process leads to the common symptoms of lactose intolerance – bloating, excess wind or flatulence, abdominal discomfort, and diarrhoea.

Lactose intolerance symptoms usually develop about 20 minutes to 2 hours after consuming lactose, but may be delayed as the amount of undigested lactose in the gut accumulates.

It is extremely rare for lactase enzymes to be totally absent from the body – most people produce some enzymes so can tolerate small amounts of dairy. However, intake beyond this threshold causes symptoms.

Babies suffering from lactose intolerance may suffer nearly continuous symptoms if their diets are based on breast milk or cow’s milk formula. Breast milk has a higher concentration of lactose then cow’s milk.

It is common for baby’s symptoms to appear worse in the late afternoon and evening as a result of the build up of gases and lactic acid during the day.

Lactose intolerance should be suspected in babies that show the following symptoms: 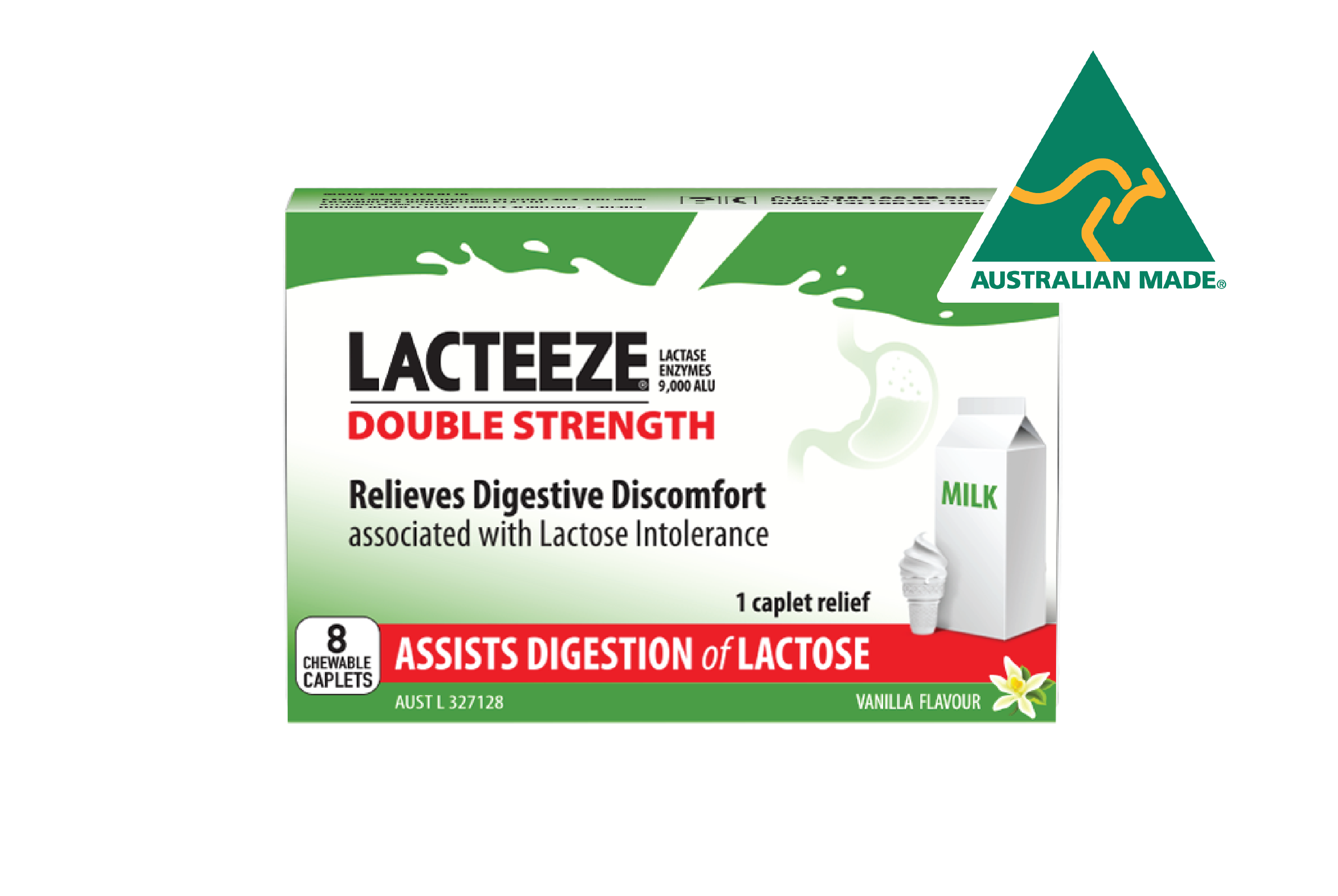 Lacteeze Double Strength 8 caplets are now being made in Australia!